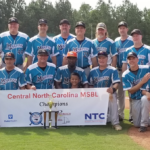 The #1 seed 40+ Sanford Marlins knocked off the #2 seed 40+ Premier Orioles in two straight games at USA Baseball Complex to win the 40+ Central North Carolina MSBL Championship for the second year in a row.

END_OF_DOCUMENT_TOKEN_TO_BE_REPLACED

The Holly Springs Senators repeated as the champions in the over 50 division in a head to head match up with the Alamance Giants. The Senators and the Giants also faced off in last year’s championship series with the Senators coming out on top. This year was a 2 game sweep for the Senators.

END_OF_DOCUMENT_TOKEN_TO_BE_REPLACED 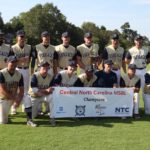 The #1 seed 18+ Kakalacks defend their title vs. the #2 seed 18+ Triangle Rangers in two games to win their ninth 18+ Central North Carolina MSBL Championship.

END_OF_DOCUMENT_TOKEN_TO_BE_REPLACED 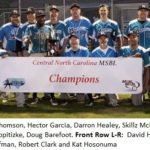 In the game, Doug Barefoot pitched six strong innings giving up only three runs on seven hits to earn the win for the Marlins.  Dan Thomsonrelieved Doug in the seventh and held the Giants scoreless for the rest of the game. The Marlins won 6-3, behind strong offensive efforts from Wayne Williamson (2 for 4), Skillz McFadden (2 for 4) and Darron Healey(2 for 4).

END_OF_DOCUMENT_TOKEN_TO_BE_REPLACED 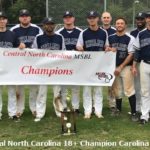 After working through the aftermath of Hurricane Florence, fortunately, the field slated for the championship was playable in spite of being flooded out at the beginning of the week. After winning the 2nd semi-final in the first game of the day, which had not been played due to weather, the K-Zone Brewers took on the Carolina Kakalacks in the 18+ Championship.

The Kakalacks got the scoring early, with two runs in the first inning off two hits, then went on to score runs in the third and fourth innings, adding on three more runs in the fifth which proved to be enough to win the game, 7-3. Top hitters for the Kaks included Paul Regan, who went 2-4 with a double, 2 runs scored, and an RBI. Player/Manager Adrian Matlockwas the difference, going 2-4 with a double, a triple, and three RBIs.

END_OF_DOCUMENT_TOKEN_TO_BE_REPLACED 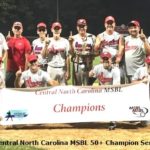 For the second year in a row the #2 seed knocked off the #1 seed in the 50+ Central North Carolina MSBL. Last year it was the Giants shocking the Fayetteville Mets in the final game of a two out of three championship. This year it was the Giants being knocked off by the #2 seeded Senators of Holly Springs. The Alamance Giants, managed by Bob Patterson, had led the league from the first day and looked to be unstoppable. Patterson and the Giants only lost two games all summer but the Senators were able to accomplish the feat twice in one day to sweep the championship series.

Mark Simpson pitched a complete game in the opening contest of the championship series. Simpson was able to spread nine hits over the nine innings with nine strikeouts and only two walks.  The Senators won 9-5. Dave Blaha of the Senators led offensively with four hits followed by John Mawyin with three. The Giants were led offensively by Jerry Russell who managed four base hits. Russell was followed by Pate with two base hits.