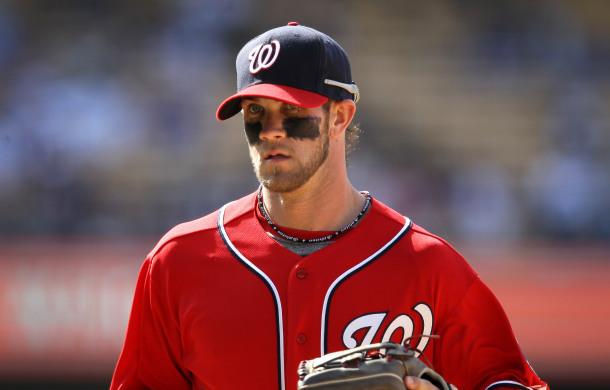 Have you ever wondered if you should be using eye black on those bright, sunny North Carolina afternoons? The short answer, according to Dr. Brian M. DeBroff, the lead author of a Yale study on the subject, it doesn’t hurt.

Baseball players have been wearing eye black for a long time. One of the first athletes reported to sport a black smudge under his eyes was Babe Ruth in the 1930’s. Football players can trace their use back to Andy Farkas of the Washington Redskins in the NFL of the early 1940’s. The earliest versions of eye black were usually just burnt cork that was smudged under the eyes. No matter when it started, the modern day war paint offers both a cool look and a small amount of glare protection.

There have been a few different eye black studies done over the past 20 years, including one by the University of New Hampshire and one by Yale University. Although these two studies (and most of the others) began with significant skepticism, and have all shown slightly different results, they have agreed that traditional eye grease made of beeswax, paraffin, and carbon does actually reduce glare and improve contrast sensitivity. The tests were conducted under bright sunlight rather than the bright lights that would be used in night games.

The testing took place using the the Pelli Robson contrast sensitivity chart, which you have probably never heard of, but as you can see, the chart has different gradients of contrast.

Some of the details are also interesting. For participants with non-blue eyes, eye black provided a significant advantage in terms of contrast sensitivity.

That was not the case for blue-eyed individuals. There was a marked difference in the effect of eye black on those with blue versus non-blue eyes. This may be an example of the operation of Weber’s Law of Just Noticeable Differences, or JNDs. This law states that for a change in intensity to be noticeable, the change must be proportional to the original intensity.

In the case of glare arising from the cheeks, its effect in reducing contrast is proportional to the existing level of ambient glare. Blue-eyed individuals, because they have less iris pigment to screen out unwanted light, have a greater level of intraocular scatter (light reflected within the eye) than non-blue-eyed people. Thus, for blue-eyed individuals, glare arising from the cheekbones should be less detectable than for individuals with darker irises.

If glare is less detectable for the former, then eliminating or reducing it with eyeblack grease will have less of an effect than if the glare were more detectable, as is the case for non-blue-eyed people.

If you like the eye black stickers with team logos, the studies concluded that anti-glare stickers and petroleum jelly have zero impact as anti-glare products.

The studies indicate that wearing eye black can improve contrast sensitivity, presumably by reducing glare. This provides a potential advantage for those who participate in athletic activities. It remains to be seen, however, whether the small effect (one letter set of improvement in contrast sensitivity on a Pelli-Robson chart) translates to actual improvement in performance on the playing field.

Like so many things in sports, it may just come down to an athlete believing eye black helps them perform better. Regardless of whether it’s baseball, football, softball or even lacrosse, if the player believes that they are performing at a higher level with eye black than without, they will panic when they can’t find it before a game.

Mythbusters once published a short article about their findings (which is now archived).

Turns out, indirect light does more than make players blink. It creates “veiling glare,” which reduces their ability to see clearly. Wearing eye black won’t keep this optical phenomenon from happening, but it can tone it down. The stripes improve the eye’s ability to differentiate between light and dark, and that increased contrast means you can see in greater detail. The better you can see the minutia around you, the better you can track an object as its speed increases – which is obviously important to outfielders following a pop fly’s sunward trajectory.

You can find eye black at almost any sporting goods store, but if you want to support CNCMSBL you can use this affiliate link that will earn a few cents for the league.

Easton’s eye black reduces glare from the sun or stadium lights. Comes in an easy-to-use applicator which prevents a mess. The non-bleed formula washes off easily with soap and water.