Baseball teams have been shifting defensively forever. Most of us think of the modern idea of a defensive infield shift started with Lou Boudreau and what became known as the “William’s Shift” in 1946.

The first time Williams came up against this shift, he hit the ball right to Boudreau himself, standing directly between first and second base.

From that moment on, teams shifted on Williams for the rest of his career. The shift was so common that Williams once estimated it lopped about 15 points off of his lifetime batting average, and he wasn’t far off: his career splits before and after that season showed a difference of 16 points.

If you can slow down Ted Williams with a shift, why not stop other big pull hitters.

Around 2012 Joe Maddon was managing the Tampa Bay Rays and had to coach a little harder that the other rich teams in his division to keep up. The NY Times wrote a long article about how Maddon was changing the game.

It didn’t take long for his peers to see the science that was first written off as crazy.

By 2018 the Houston Astros implemented a defensive shift 37.3% of the time (and if it was a left handed hitter, they shifted an astonishing 59.7% of the time)!

Looking at how the Astros position themselves for a known pull hitter like Joey Gallo may seem crazy.

But you can see from the statcast data available that Gallo really only hits the ball to the right side.

Looking at the data, why wouldn’t you shift on Gallo right? Gallo crushed 40 homers in 2018, but was only able to hit for a .206 batting average. The fact that he can barely hit the ball to the left the first baseman means you would be crazy to not to shift.

Although we don’t have Statcast installed at our fields and a phalanx fo data scientists looking at our every move we do have one important thing – knowledge of each other. After playing in the league for a few years, you can basically tell the players who pull every hit and who has the skill to beat the shift.

You also have the ability to mentally screw with your opponents head. How much do any of want to alter the swing we’ve been using all our life to try to hit the ball the other way?

What do you think? Should there be more shifting in the MSBL? 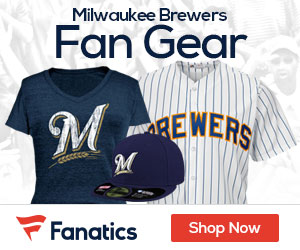