After working through the aftermath of Hurricane Florence, fortunately, the field slated for the championship was playable in spite of being flooded out at the beginning of the week. After winning the 2nd semi-final in the first game of the day, which had not been played due to weather, the K-Zone Brewers took on the Carolina Kakalacks in the 18+ Championship.

The Kakalacks got the scoring early, with two runs in the first inning off two hits, then went on to score runs in the third and fourth innings, adding on three more runs in the fifth which proved to be enough to win the game, 7-3. Top hitters for the Kaks included Paul Regan, who went 2-4 with a double, 2 runs scored, and an RBI. Player/Manager Adrian Matlockwas the difference, going 2-4 with a double, a triple, and three RBIs.

Pitching for the Kaks was first year player Kris Turunen, who was the last guy drafted in the first round of the preseason draft. As it worked out, Kris ended up being the Ace throughout the season, pitching 7 2/3 innings in the championship for one of his best outings with four K’s and two earned runs. Johnathan Smith closed the game out with a strike out and one earned run.

All three runs for the Brewers came off solo home runs, who were the dominate team in this division, going 16-1 in the regular season, sweeping the Kaks in all 3 head-to-head games. The Kaks were fortunate enough to play their semi-final game two weeks before the championship (after which the rains came), which proved to be advantageous given the Brewers had to play the semifinal game right before the championship.

This is the Kakalacks eighth championship in the CNCMSBL managed by Adrian Matlock (which includes the last year of the RDU Astros in 2007). This run has consisted of two, 3-peat championships (2007-2009 & 2011-2013), and winning in 2016 in addition to this year. After a 3 and 5 start, the Kaks closed the regular season out going 11-1-1, riding the momentum into the playoffs. 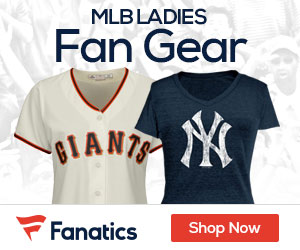