Some parts of baseball’s rules are more obvious than others. Earned Runs are one aspect that can be a little bit squishy.

Because of human mistakes, sometimes runs score that probably shouldn’t have. Differentiating between earned and unearned runs is baseball’s effort to be fair.

Henry Chadwick is the guy who first dreamed up the concept. He was known as the “father of baseball” at the turn of the 20th century.

Chadwick is credited with creating box scores, as well as creating the abbreviation “K” that designates a strikeout. He is said to have created the statistics of batting average and earned run average.

His ERA calculation didn’t start out with the goal of measuring a pitcher’s worth but to differentiate between runs caused by batting skill (hits) and lack of fielding skill (errors).

Major League Baseball defines it today as representing the number of earned runs a pitcher allows per nine innings — with earned runs being any runs that scored without the aid of an error or a passed ball.

The leadoff batter comes up and hits a home run, that run is earned. That one is easy, so are the simple unearned runs.

There are two outs when a batter hits a ground ball to short. The shortstop boots it and the runner reaches first base.

The next batter hits a home run.

Those two runs are unearned because the error should have been the third out of the inning.

Some situations are more difficult to figure out. But every situation boils down to the scorer trying to make sense of it all.

What got me started on this journey was looking into the difference between wild pitches and passed balls when figuring a pitcher’s ERA. The short answer is that a passed ball is attributed to the catcher, and a wild pitch is considered to be the pitcher’s fault.

A passed ball is not recorded as an error, but when a run scores as the result of a passed ball, it does not count as an earned run against a pitcher.

The decision whether a pitch is ruled a passed ball (catcher’s fault) or a wild pitch (pitcher’s fault) is in the hands of the official scorer. But a general rule of thumb is that if the pitch hits the dirt or misses a catcher’s glove altogether, it’s a wild pitch.

What Counts As An Error?

You’ll hear a lot of different opinions about what constitutes an error. But the easiest (and official) way to think about it is, a fielder is given an error if, in the judgment of the official scorer, he fails to convert an out on a play that an average fielder should have made.

The ball does not have to touch the fielder’s glove to count as an error – which is something I hear often while in the dugout. It also means that errors in the 18+ division are going to look different than in the 50+ league.

Throws that miss their mark are always errors. Balls that go between an infielders legs will always be an error and dropped balls in the outfield.

Ground balls that an infielder fields cleanly and throws to first base and the runner just plain beats the throw – not an error. A ground ball deep in the hole that the shortstop just barely gets to but it tips off his glove – probably not an error, because an average player probably would have done the same.

Fly balls to the outfield are always a judgement call. If a hit falls in front of an outfielder, was it because the player gave up too early or because he wasn’t going to catch it?

If there are 2 outs and the batter hits a ground ball that the pitcher fields and then overthrows the first baseman, will that runner (if he scores) be earned?

No, the pitcher is a fielder just like the other 8 guys. Errors made by the pitcher resulting in runs are unearned.

Bases loaded and the pitcher commits a balk – that run is earned.

The Official Scorer shall charge an earned run against a pitcher every time a runner reaches home base by the aid of safe hits, sacrifice bunts, a sacrifice fly, stolen bases, putouts, fielder’s choices, bases on balls, hit batters, balks or wild pitches (including a wild pitch on third strike that permits a batter to reach first base) before fielding chances have been offered to put out the offensive team. For the purpose of this rule, a defensive interference penalty shall be construed as a fielding chance. A wild pitch is solely the pitcher’s fault and shall contribute to an earned run just as a base on balls or a balk.

When you are keeping score, an error means you have to try to reconstruct the inning as if the error had not happened to see if the runs are “earned” or “unearned”.

9.16 (f) Whenever a fielding error occurs, the pitcher shall be given the benefit of the doubt in determining to which bases any runners would have advanced had the fielding of the defensive team been errorless.

All of this adds up to one thing… make friends with the guy keeping the scorebook. 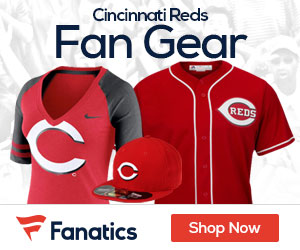